Yesterday India lifted the ban on cotton exports after a government panel reviewed the ban after a week. The Cotton Association of India are hoping the ban is lifted fully and this isn’t a partial lift.

According to Analysts, cotton prices are now likely to fall below $1 per pound after the ban had initially increased prices. We hope this will mean cheaper garments for you to buy.

The ban had been strongly disapproved by China, the largest purchaser of cotton.

India has stated they have already exported around 9.4m bales of cotton this financial year, much higher than the targets set by the government. We found this graph useful in explain the importance of cotton export in India. 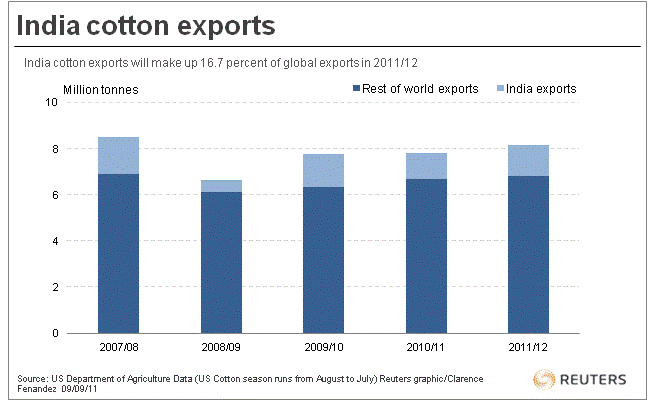 In a hurry?, leave a message on our quick quote facility....